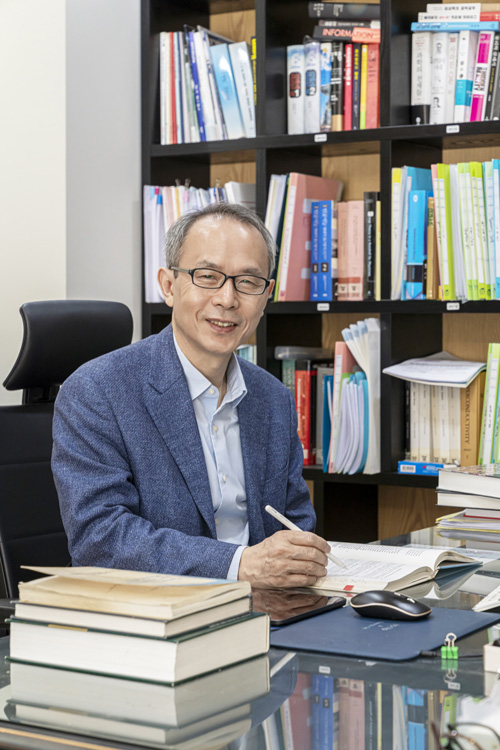 "Welcome to the Asia-Pacific Center for Theoretical Physics(APCTP)."

After 20 some years, the Center now runs strong in-house research programs: Junior Research Group(JRG), which promotes young independent researchers to leadership roles; Young Scientist Training, which provides post-doctoral fellows ample opportunities to work with scientists of the center as well as of POSTECH. In particular, the JRG program, introduced by Prof. Peter Fulde, our former President(2007-2013), with a support from the Max Planck Society in 2007, has been very successful so that other institutes in Korea have launched similar programs. The Center also supports various scientific activities all year round: Conferences and Workshops, Focus programs, External/Joint activities in collaboration with the member countries and partner institutes. Every year about 3,000 scientists are participating to these activities.

With increasing number of the member countries, the original mission of the center, being a networking center for the theoretical physics in AP-region, is becoming even more in demand. In particular, as of November 2017, the headquarter of the AAPPS(Association of the Asia-Pacific Physical Societies) has nestled in our center. This is a great event for both APCTP and AAPPS and we believe that two major Asia-Pacific organizations can serve better the physics community of the Asia-Pacific region. In future, our service and dedication will not be limited in the AP-region but will go over to the rest of the world because the spread of scientific knowledge is the most peaceful way to cultivate our civilization.